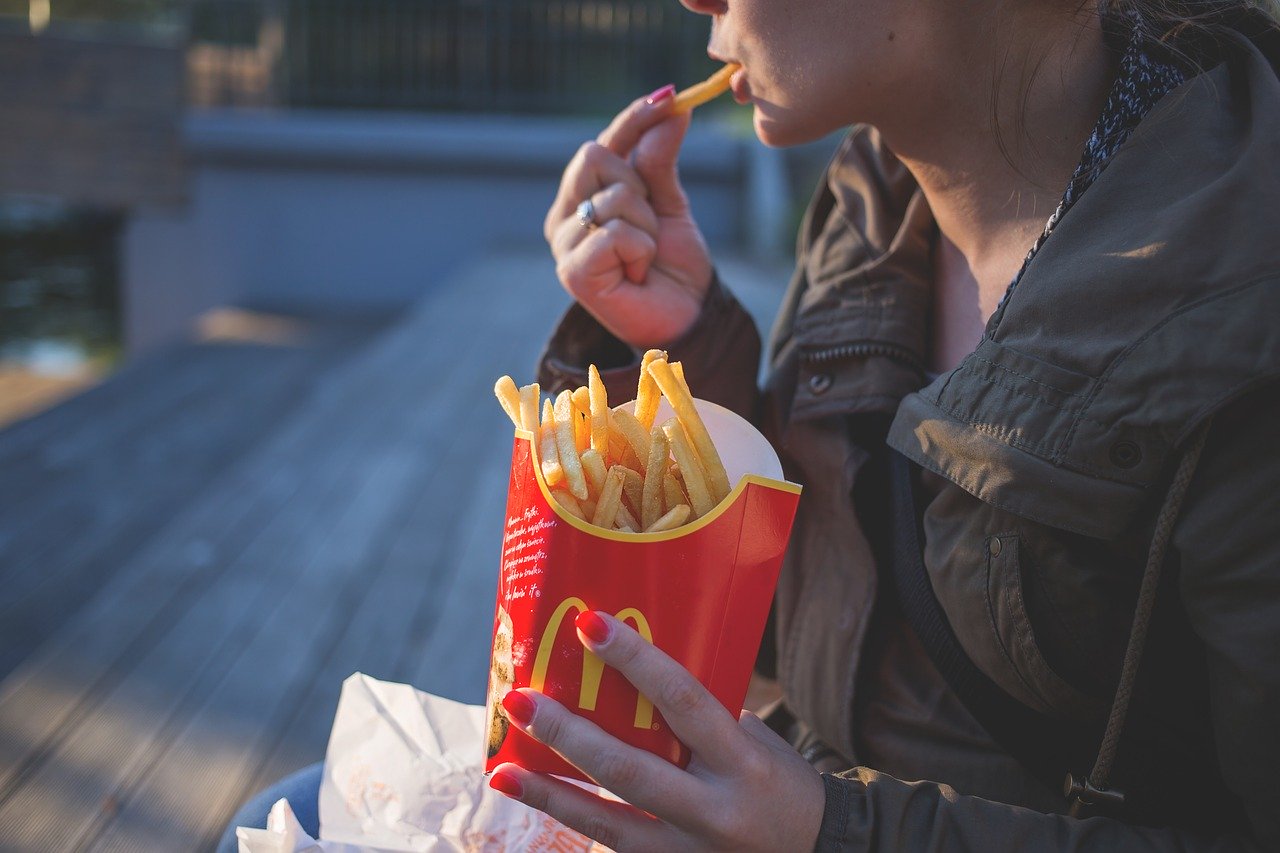 The Making of McDonald’s

In the book by Ray Kroc and Robert Anderson “Grinding it out. The making of McDonald’s” the authors tell the story of the creation of one of the most famous brands in the world. The most important difference between this book and other similar books is that the founder himself tells the story, and the reader receives information from the original source.

Ray Kroc wrote a biography when he had already built his empire. In the book, he described his whole life, how he grabbed at every opportunity to earn money, how stubbornly he walked towards his goal.

The book has 16 chapters, plus a preface and an afterword from a co-author of the book. The book contains black and white photographs of Ray Kroc himself, his comrades-in-arms, his wife, and even the first restaurant opened in San Bernardino based on the designs of the McDonald brothers.

Ray Kroc (full name Raymond Albert Kroc) was born on October 5, 1902, in Oak Park, a western suburb of Chicago, Illinois, in a family of Czech immigrants. His father, Louis Kroc, worked all his life at Western Union. He had younger brothers Bob and sister Lauren. His mother Rose was an affectionate and caring woman. The mother gave piano lessons to earn extra money for the family. She also taught Ray to play the piano. He had the ability to play the piano. Playing the piano later helped Ray earn a living.

At first, Ray went into the sale of haberdashery. The haberdashery trade did not open any special prospects for him. In 1919, he left this work and began to play as part of a musical ensemble on the lake in Michigan. There he met his first wife Ethel Fleming.

His next job was token position on the American Stock Exchange in New York. But then he returned to Chicago, where he got a job as a sales representative for the paper cup manufacturer Lily Cup. In the afternoon he walked around the city and showed the goods to potential customers. Evenings he played the piano on the radio station WGES in Oak Park. In 1924, his daughter Marilyn was born. With her appearance, he had to work even harder.

Once he read in newspapers about the rise in business activity in Florida, and persuaded his wife to move to Florida for the winter. There he engaged in the sale of apartments in new buildings. Ray Kroc did a good job, but then the business began to subside. He soon returned to Chicago and again began to sell paper cups.

Then he began to sell a device for whipping cocktails called “multimixer”. His wife did not approve that he quit his regular job at the Lily Tulip Cup and took up such a risky business. Ray suggested that she work with him to help him at first since he was not able to hire anyone. But Ethel categorically refused. But this misunderstanding on the part of his wife did not stop him. Ray was gradually able to establish his own business.

In the 1950s, Ray realized that the days of multimixers were numbered. It was urgent to look for a new product. Just at that time, rumors began to spread about the MacDonald brothers Maurice and Richard. At that time, they owned a small restaurant in California, the essence of which was to serve people with maximum speed.

Ray realized that he should develop and expand this direction. This happened in 1954, at that time Ray Kroc was already 52 years old. He signed an agreement with the McDonald brothers. The rights to open franchises were transferred to him almost throughout the country, except for those places where the brothers had already issued licenses.

On April 15, 1955, Ray opened the first McDonald’s franchise restaurant in his home state of Illinois. It was managed by Ed McLuckie. The site was in the Des Plaines area, very close to the Northwest Railway Station. After opening, Kroc begins to intensively sell franchises for opening restaurants throughout the country.

The first three franchises sold in California – the cities of Fresno, Los Angeles, and Reseda

Of paramount importance to Ray was the high standards of quality and customer service. This was a key impetus to the development of the network.

McDonald’s principle of operation for Ray is not just a common name for many establishments. It should be an integrated restaurant system with the highest quality dishes and uniform cooking methods. The goal was to attract customers due to the high reputation of the system as a whole, and not the quality of food in a particular restaurant.

Thanks to McDonald’s, today we have become intolerant of slow service, overpriced food, poorly fried potatoes and dirt in cafes and restaurants.
Also, the key to success was that Ray was able to gather around himself an excellent team of like-minded people who helped him control all franchise owners and ensure quality standards in all restaurants in the chain.

June Martino began working with Ray Kroc during the time of the sale of multimixers, she got a job as a staff accountant. June Martino continued to work with him during the creation of McDonald’s, helping Ray a lot.
McDonald’s would never have become what it is today without Harry Sonneborn’s unique intuition. Harry Sonneborn proposed the creation of the Franchise Realty Corporation for the optimal development path of McDonald’s with uniform quality standards.

The essence of his idea was as follows: the landlord had to lease the land on a sublease basis. In other words, he could withdraw the second mortgage loan, and we went to a credit institution and received the first loan for the building.

Fred Turner took control of the production process. Fred came to the office in January 1957. Fred took part in the opening of 25 new restaurants that year. At the end of his first year of work, Fred Turner managed almost all the purchases.

In 1957, Ray met Johnny Smith when he came to Minneapolis on business matters. She was beautiful, young (age difference was 26 years old) and played the organ in one of the restaurants. Johnny was married to Rawland Smith, who became a manager at McDonald’s in Minneapolis. After some time, Kroc makes a proposal to Johnny and divorces Ethel. When the house was already looked after for their life together, Johnny decided to stay with her husband.

In 1961, Kroc bought all rights to McDonald’s

The company grew and expanded, there was a need for training personnel in company standards. For this, they cterated a special training system called the “Hamburger University”. By 1963, Hamburger University became a full-fledged part of the McDonald’s system.

This university has established an uninterrupted release of managers trained in all the intricacies of doing business at McDonald’s.
Ray was never a loner; to feel full of life, he needed a wife. That’s why he got so fast and so attached to Jane. Her full name is Jane Dobbins Green. Two weeks after they met, they got married.

Over time, the relationship between Ray Kroc and Harry Sonneborn deteriorated due to different views on doing business. Gradually, among the leaders of all levels, there was an unspoken division into the people of Kroc and the people of Sonneborn. After a series of conflicts, Harry decided to leave. After Harry left, the discord between the employees disappeared.

In terms of advertising, the company employees belonged to two camps. Firstly, the misers who believed that the money they spend on advertising means simply throwing it to the wind. Ray considered them the cost of stimulating demand, which sooner or later would return in the form of profit. This money returns in a variety of forms, and this is probably the reason why the hunks cannot understand why to pay for advertising. They represent profit only in the form of a bundle of money.

For Ray, the profit also has a different look, for example, it is the smile of a satisfied customer. This smile is expensive – it means that the client will come again and maybe even bring a friend with him. This is a direct profit from the money spent on advertising. In 1967 McDonald’s launched the All-American Advertising Campaign. Paul Schrage developed it. He made huge efforts to develope the appearance and character of Ronald MacDonald as an advertising character.

In early 1968, Ray decided to transfer control of the company to Fred Turner. As president, he continued to implement the programs Ray began.
Ray in 1968 approved the introduction of a new design. It was supposed to replace buildings with red and white tiles.

At a conference in San Diego, Ray Kroc met again with Johnny. Feelings flared up with renewed vigor. This time she agreed to marry him, and they decided to file for divorces. On March 8, 1969, Ray and Johnny got married.

In 1974, Ray Kroc acquired the San Diego Padres baseball team.
Ray Kroc assisted in the opening of several charitable foundation. Ray founded the Kroc Foundation to develop medicine. The Kroc Foundation funds research for diabetes, arthritis, and multiple sclerosis. In 1976, he expanded the scope of activities and launched an educational program on the dangers of alcohol abuse in the family.

Owners of McDonald’s franchises in Philadelphia, with the support of the Philadelphia Eagles football team, have organized a cozy hotel for parents of those children who are being treated at the Philadelphia Children’s Hospital – “Ronald McDonald House”. The construction of this hotel meant that henceforth McDonald’s started to take part in charity work at the corporate level.

In December 1983, Esquire magazine named Ray Kroc among the fifty people of the twentieth century who had the greatest influence on the lifestyle of Americans

Ray Kroc completed his book in 1977. On January 14, 1984, at the age of eighty-one, he died of a heart attack. Until his death, he worked for McDonald’s. Even after the death of its founder, the company is developing at a tremendous pace, each year conquering the world more and more.

Ray understood that success always goes hand in hand with the risk of failure. Ray said that it would not be a great achievement to walk along the rope lying on the floor. Where there is no risk, there is no pride in what has been achieved, which means there is no happiness either. According to Ray Kroc, each person is responsible for all his luck and defeat.

The book does not contain any standards and does not teach you how to cook hamburgers but teaches you to clearly set a goal and achieve it. This book is very strong in terms of motivation. Kroc’s story shows what a person can do. Ray Kroc is an example of the fact that it’s never too late to start all over again and radically change the course of your life.

The path to success is always difficult, but this is not a reason to stop and throw everything halfway. And even if loved ones do not support your ideas, you should go hard to go towards your goal.

Moreover, I recommend everyone to watch The Founder movie in Best Marketing Movies To Inspire Your Team article. This is the latest movie dedicated to Ray building his empire.