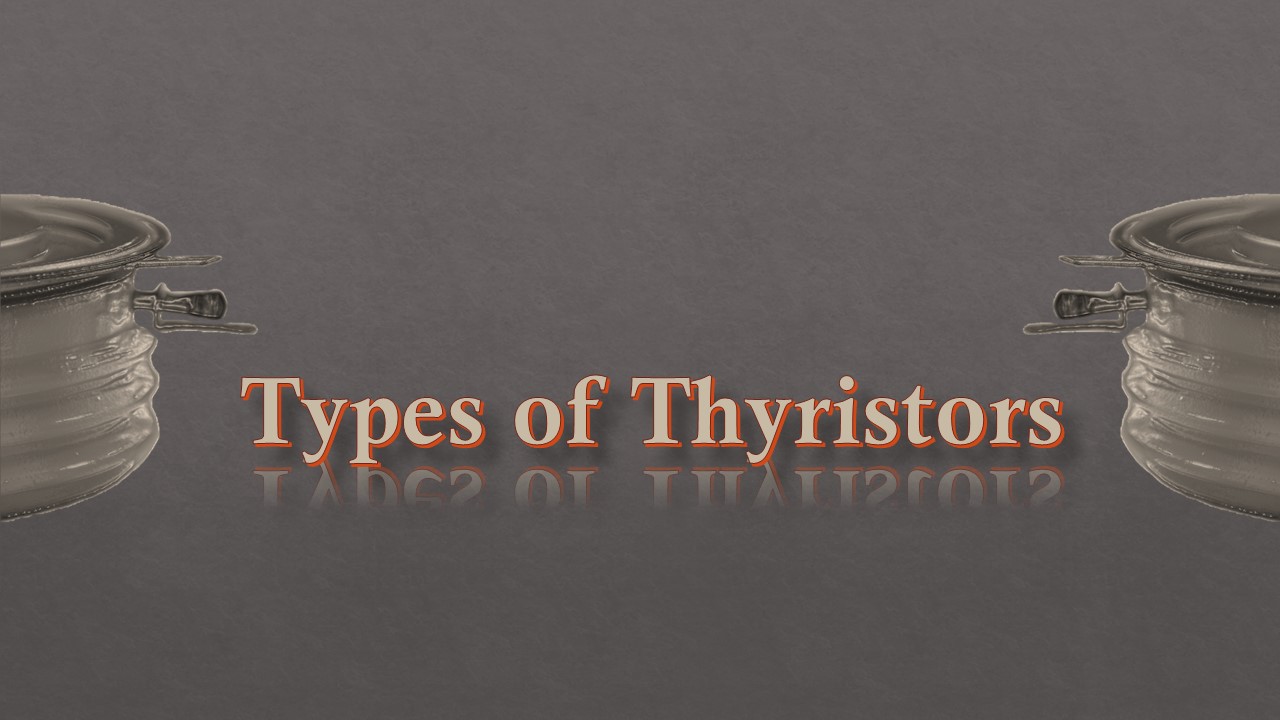 These power semiconductor thyristors (also called phase control thyristors or PCT) are designed to work in equipment operating at a relatively low frequency – usually at an industrial frequency of 50 Hz or 60 Hz. These can be controlled rectifiers, soft-starters for electric motors, various inverters, etc. For these types of thyristors, the main attention is paid to minimizing power losses in the conductive state while providing a given forward and reverse blocking voltage.

Such thyristors are often used in converters, for voltages of 6-10 kV and higher, where a series connection of individual thyristors is necessary. Therefore, for such thyristors, it is quite relevant to increase the permissible blocking voltages, as well as to ensure synchronous switching-on and reverse recovery.

The values of Qrr and ЕRQ for a thyristor to be used at an industrial frequency can be very large, which, as a rule, excludes the possibility of their use at an increased frequency and in pulse-frequency modes. The turn-off time, as a rule, is more than 500 microseconds and is often not standardized by the manufacturers of power semiconductors.

These are the thyristors designed for switching current pulses with a high rate of rise at the front and a high amplitude.

These are the power semiconductor thyristors with reduced values of tq, trr, Qrr, and ЕRQ designed for operation at high frequencies or in pulse-frequency modes. The characteristics of VTM, tq, Qrr, VRRM of a fast power semiconductor thyristor are connected with each other, i.e., the improvement of any of the listed characteristics leads to the deterioration of the rest.

To optimize the combination of VTM, tq, Qrr, VRRM, as in fast recovery diodes, technological methods are used that allow for a controlled reduction of the τ in the layers of the semiconductor structure: doping with heavy metal atoms (gold, platinum, etc.), irradiation with high-energy particles (γ-photons, electrons, protons, alpha particles, etc.). Sometimes methods to control the injection coefficient of the p-emitter are used. To reduce tq, a more efficient distributed cathode emitter shunting is also used with smaller distances between shunts compared with phase control thyristors.

Since operation at high frequencies is often accompanied by an increased speed at the front of the anode current pulses, fast power semiconductor thyristors are often subject to the requirements of pulse power thyristors – increased di/dt resistance and short turn-on time.

The difference between the actual semiconductor structure is the absence of metal on the gate area of the auxiliary thyristor. Instead of the gate, a photodetector window is formed. The part of the collector p-n junction located under this window plays the role of a photocell and, when illuminated, generates a current that plays the role of the gate current. Light pulses are generated by a laser and delivered to the photodetector window via a fiber-optic cable.

Advantages of using light triggered thyristors with direct control of light pulses via a fiber-optic channel:

The advantages listed above are of the greatest importance for high-voltage series connection power semiconductor thyristor assemblies, where the development of equipment using light triggered thyristors is widely spread nowadays.

The main functional disadvantage of a conventional power semiconductor thyristor as a switch of power electronics is its incomplete controllability: the thyristor can be switched on by a signal (pulse of the gate current) along the control circuit, but to turn it off, an interruption or a change of polarity of the power anode current is necessary for a certain period of time – turn-off time.

The presence of this disadvantage prevents the effective use of conventional thyristors in a number of power electronics applications that require the use of fully controlled switches, i.e., power semiconductors, in which both switching on and off can be carried out by a signal through the control circuit.

The gate turn-off thyristor or GTO is a fully controlled modification of the thyristor. Both switching on and off of this power semiconductor device can be done by a current pulse in the control circuit.

A conventional thyristor cannot be switched off by a gate current pulse, since the area where the gate current plays a role in the overall balance flow of electrons and holes in the thyristor layers is limited by a narrow band adjacent to the edge of the p-type control region.

Therefore, if a reverse polarity gate current is applied to the switched-on turn-off thyristor (GTO), then it is possible to create such conditions when the sum of the current gain coefficients of the constituent transistors becomes less than 1, the collector p-n junction will come out of saturation, i.e., the thyristor will turn off.

In the middle of the ’90s, a number of leading semiconductor manufacturers developed a new generation of gate turn-off thyristors – GTOs with hard switching.

These power semiconductor devices include:

A significant disadvantage of the integrated gate commutated thyristors (IGCT) is the bipolar nature of its control. To quickly and safely switch on and off the device, current pulses with an amplitude of several thousand amperes must be passed through its control circuit. On the other hand, to maintain the turn-on state of the IGCT at a low value of the anode current (a situation typical to the operation of the switch in the power supply system of an asynchronous electric motor), a recharge is required along the current control circuit up to several amperes.

All this leads to the need to power the integrated gate commutated thyristor (IGCT) driver from a source of the considerable power of 200-500 W, which is not always feasible, especially with increased requirements for weight, size, and equipment efficiency.