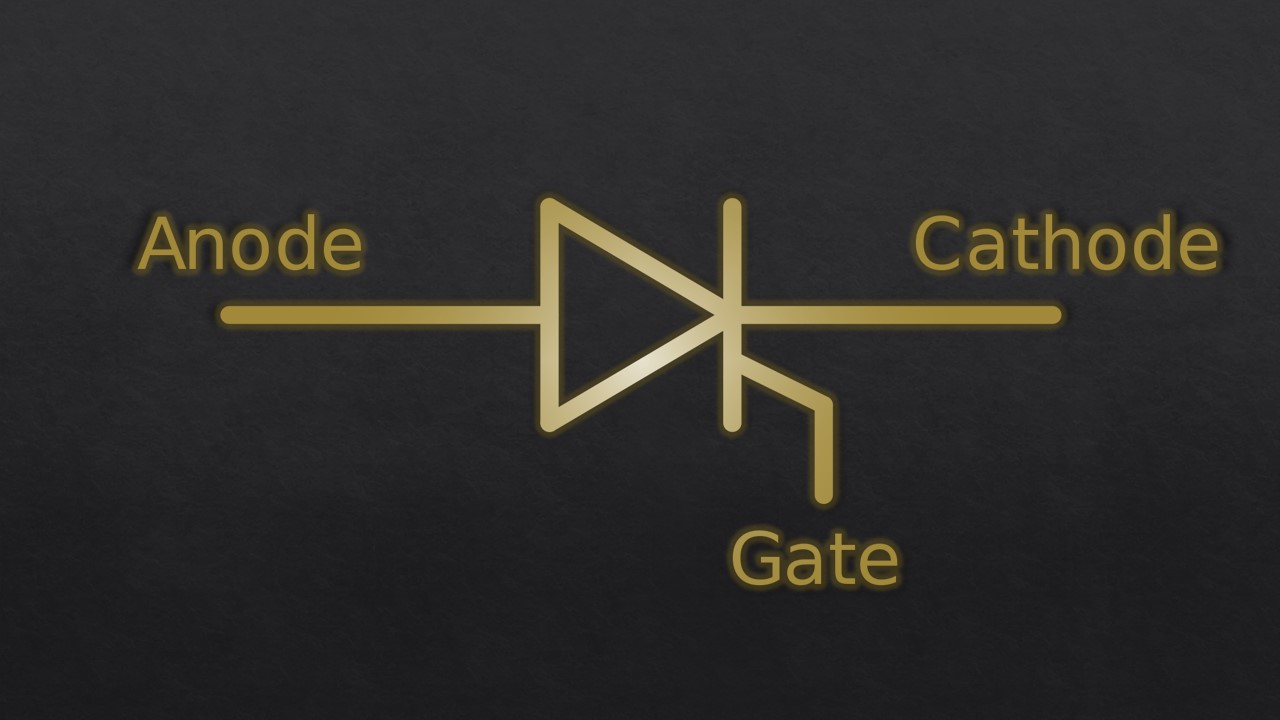 Power semiconductor thyristor is a semiconductor device with four layers of alternating p- and n-type materials. It acts exclusively as a bistable switch, conducting when the gate receives a current trigger, and continuing to conduct until the voltage across the device is reversed biased, or until the voltage is removed (by some other means).

The physics of the processes in this semiconductor structure is such that the application of a positive potential to the anode compared to the cathode leads to the occurrence of a current-voltage characteristic with a section of negative differential resistance.

In a power semiconductor thyristor, usually the most lightly doped high-resistance layer is the n-base, the space charge region of high-voltage collector and anode p-n junctions expand into this layer when forward and reverse voltages are applied in the off state (blocking voltages).

The gate is usually attached to the p-base and is located on the cathode side of the semiconductor. To do this, an n⁺-emitter layer is not formed on a part of the cathode surface, and these p-type areas coming to the surface are called p-type control regions.

The shunt elements are made in the form of local p-type regions extending onto the cathode surface and having a common metallization with the n⁺-emitter. Shunts are implemented to guarantee a reduction of the gain factor of the n-p-n component transistor, which is necessary to ensure a high value of the switching voltage of the thyristor, as well as to increase noise immunity and improve some dynamic characteristics.

Initially the gate current switches a thyristor on only in a relatively narrow of 100-500 μm wide region topologically adjacent to the edge of the control p-region and the gate. It is caused by the finite value of the lateral propagation of the gate current in the semiconductor structure.

Since the area of the semiconductor structure can be very large, the problem arises how to switch on the entire area of the thyristor in an acceptable short time. This problem is solved by the implementation of a branched gate, the topology of which is chosen in such a way as to reduce the propagation time of the on state over the entire area to a reasonable value.

The presence of a branched gate in the semiconductor structure requires an increase in the gate current. The typical gate current required to switch the thyristor structure on evenly along the entire perimeter of the gate is about 1 A per 1 cm of the length of the gate.

Thus, to switch a thyristor on with a branched gate, pulses of gate current with an amplitude of tens or even hundreds of amperes may be required, which greatly complicates the thyristor control unit. To avoid this, an additional auxiliary thyristor structure is introduced.

In semiconductor structures with asymmetric p-n junctions, forward and reverse bevels are distinguished depending on whether the part with a reduced volume has a higher or lower dopant concentration, respectively.

Effective protection against surface breakdown for forward and reverse bevels is achieved at different values of the angle α: for a forward bevel, this angle should be as small as possible, for the reverse bevel, values less than 40-50° are sufficient. Therefore, in order to minimize the size of the peripheral area, the bevel for thyristor structures is usually formed in two stages: the angle α1 is 20-40°, and the angle α2 is 1-3°.