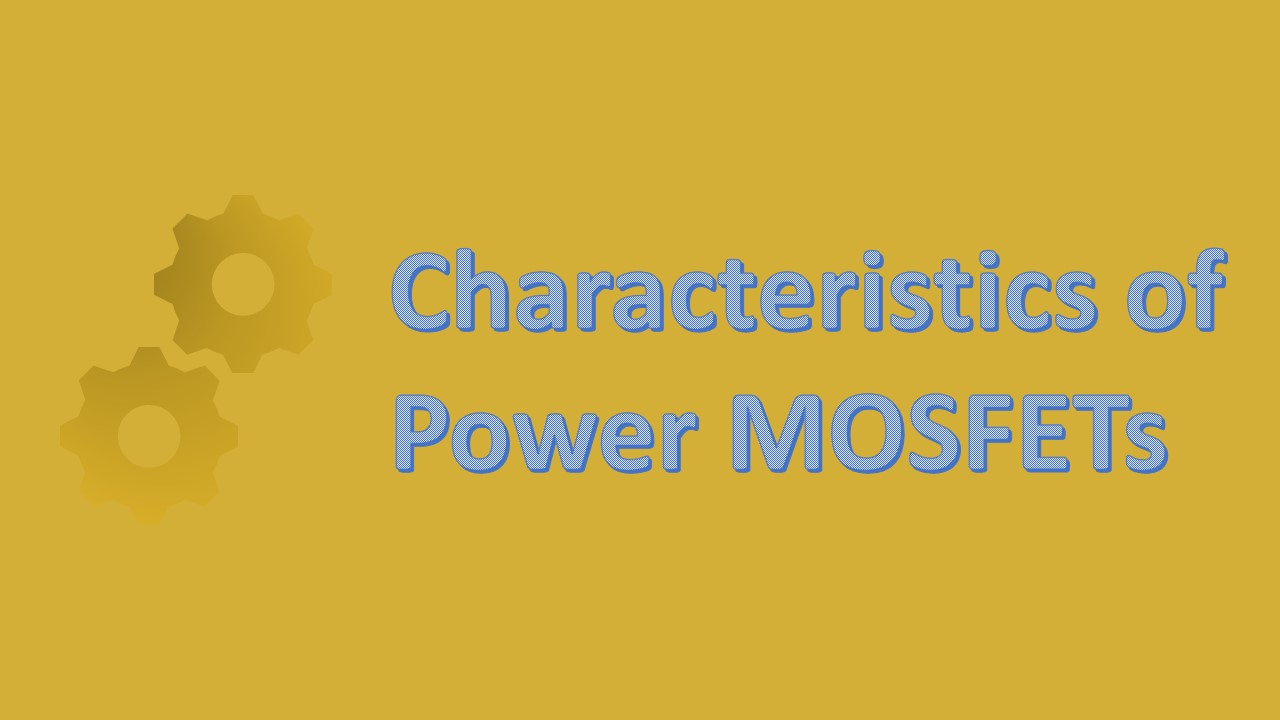 Due to the Miller effect, the gate capacitance of the MOSFET structure strongly depends on the gate-source voltage, especially during the transition of the structure from a non-conducting to a conducting state and vice versa. Therefore, the volt-coulomb characteristic of the gate is important. It is the dependence of the gate charge Qg on the gate-source voltage under specified conditions in the drain-source circuit. Knowing this dependence, it is easy to calculate what charge in the gate circuit will be required to switch the device.

The energy losses in the transient process of the power MOSFET turn-on are characterized by the switching energy Eon. It is the integral of the power loss during the turn-on time.

It should be noted that the turn-on process of the MOSFET is physically very fast and, since it is a device with unipolar conductivity, it is not accompanied by significant power losses.

However, it is often slowed down by introducing some resistance into the gate circuit, slowing down the process of its recharge. At the same time, the rise phase increases in duration, and the MOSFET limits the rise of the drain current, i.e., forms a current rise edge. The value of the Eon in this mode increases significantly, however, the smooth switching on of the device allows for the safe reverse recovery of the freewheeling diode working in conjunction with the MOSFET in autonomous voltage inverters with a bridge circuit.

The turn-off dynamics are characterized by the turn-off time toff. It is the time interval from the moment the gate voltage begins to decrease until the drain current drops to a specified value.

The turn-off time is divided into two phases – the delay time ts, and the decay time of the collector current tf. The boundary between these two components of the turn-off time is determined by the beginning of the drain current drop to a specified value. The power loss in the transient processes of turning on and off the MOSFET, as a rule, is much lower than those of power semiconductors with bipolar conductivity, which allows you to significantly increase the operating frequency range for this type of power semiconductor device.