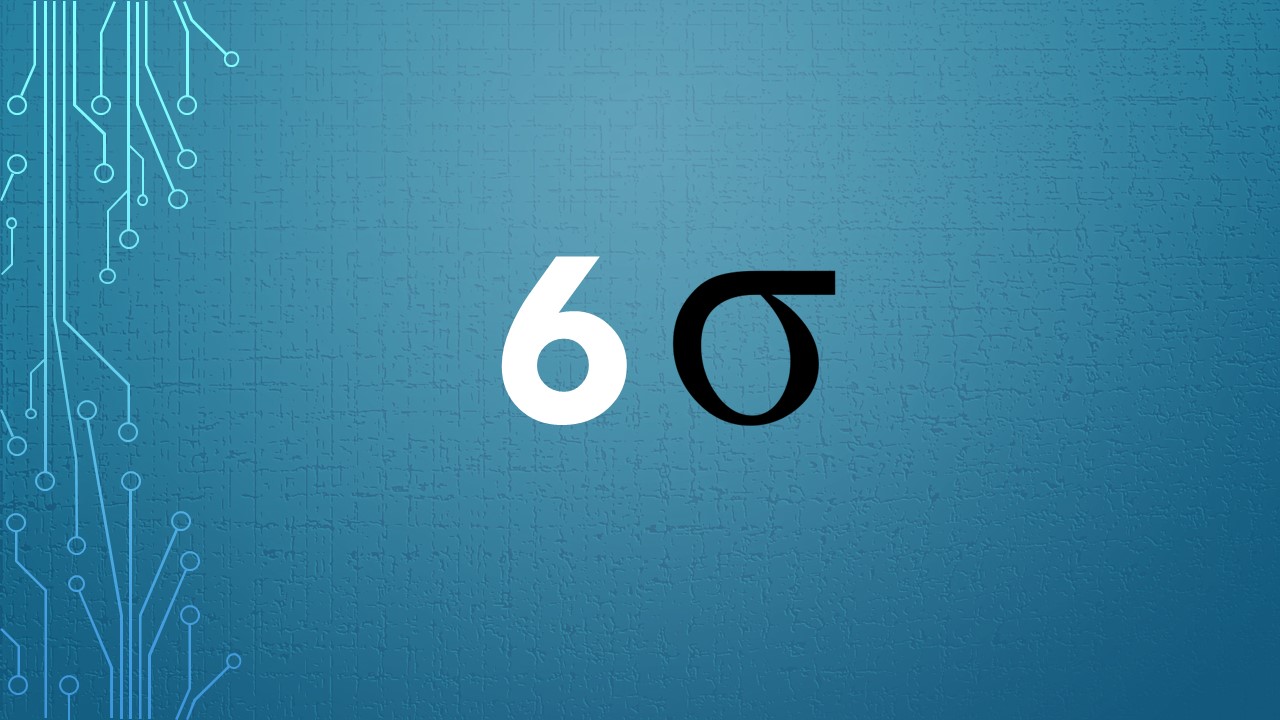 Six Sigma (6σ) is a technique aimed at improving the company’s business processes and eliminating defects. Six Sigma (6σ) was developed by Bill Smith, an American specialist in the field of engineering and quality assurance at Motorola Corporation in 1986. In 1995, Jack Welch, an employee of General Electric, introduced and cultivated this model in the company’s work. Six Sigma is a registered trademark of Motorola.

The term “six sigma process” comes from the notion that if one has six standard deviations between the process mean and the nearest specification limit, as shown in the graph, practically no[failed verification] items will fail to meet specifications. This is based on the calculation method employed in process capability studies. Processes that operate with “six sigma quality” over the short term are assumed to produce long-term defect levels below 3.4 defects per million opportunities (DPMO).

Above is the graph of the normal distribution, which underlies the statistical assumptions of the Six Sigma model. In the centre at 0, the Greek letter μ (mu) marks the mean, with the horizontal axis showing distance from the mean, marked in standard deviations and given the letter σ (sigma).

The greater the standard deviation, the greater is the spread of values encountered. For the green curve shown above, μ = 0 and σ = 1. The upper and lower specification limits (marked USL and LSL) are at a distance of 6σ from the mean. Because of the properties of the normal distribution, values lying that far away from the mean are extremely unlikely: approximately 1 in a billion too low, and the same too high.

Even if the mean were to move right or left by 1.5σ at some point in the future (1.5 sigma shift, coloured red and blue), there is still a good safety cushion. This is why Six Sigma aims to have processes where the mean is at least 6σ away from the nearest specification limit.

To implement the Six Sigma model, a company needs the collective participation of a large number of people, each of whom is responsible for performing specific roles and responsibilities. Most often, these people are recruited from the ranks of the company and are specially trained in the necessary skills.

The distribution of roles for the realization of Six Sigma has a hierarchical structure.

DMADV (also known as DFSS – Design For Six Sigma) is used for projects aimed at creating new products or processes.

Find more analytical and strategic marketing information to improve your business performance in the corresponding sections of the website.