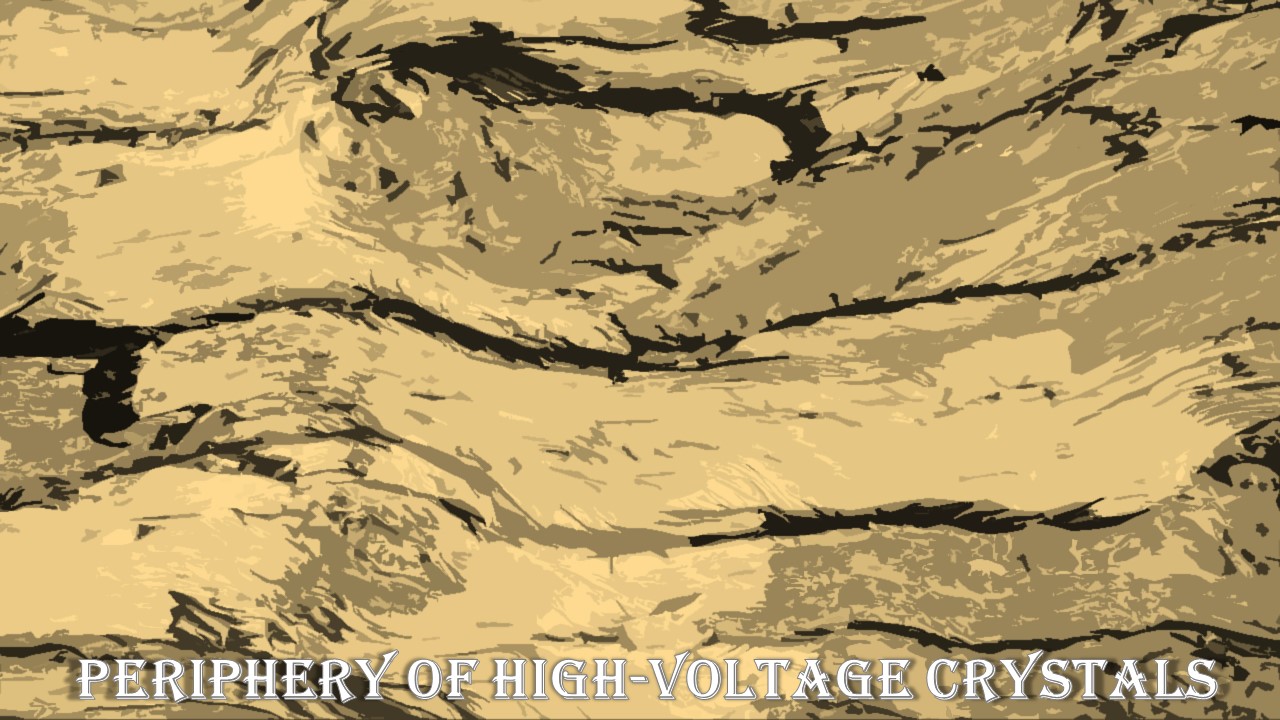 One of the most pressing problems, without solving which it is impossible to produce reliable high-voltage power semiconductor devices such as IGBTs, MOS Controlled Thyristors, etc., is the creation of new design and technological solutions that provide high electrical durability and long-term stability of characteristics in the peripheral regions of planar p-n junctions.

The most common technology for protecting the periphery of high-voltage small planar p-n junctions of IGBT structures is protection by a field ring design.

The rings form a distributed system, the required number of rings and the distances between them are determined by the resistivity of silicon and the n–-layer and the blocking voltage to be obtained. The number of rings increases from 3-8 for a voltage range up to 1200 V to 12-20 for a voltage of 2500 V and higher for high-voltage crystals.

Rings are sometimes additionally protected by field plates, which increases the reliability of the entire protective system and reduces the number of rings. As the material of such a lining, a layer of polysilicon obtained during the operation of forming the gate of the MOS cell is used, only at the periphery it is applied to a layer of thick thermal oxide with a window above the p-region of the contact ring.

Sometimes a two-layer lining with a variable increasing dielectric layer is used. The first layer is similar to the one described, and on top of it is a metallization layer, the edge of which climbs onto an additional layer of pyrolytic oxide formed on the active part of the crystal to create interlayer isolation of the gate-emitter.

Passivating dielectric or semi-insulating coatings formed on the surface of the structure in peripheral areas and contributing to the optimization of the distribution of the surface electric field strength and stabilization of surface leakage currents play an essential role in ensuring the characteristics.

A number of requirements are imposed on protective films:

In the production of high-voltage planar junctions of power semiconductor devices, various methods of passivation and protection are used. The most widespread methods of protection are glasses, organosilicon compounds, dielectric and semi-insulating layers.

The technology of glass surface protection uses glasses of various compositions like zinc, lead, borosilicate, phosphor silicate, as well as their various combinations.

The method of protection by dielectric layers (silicon dioxide SiO₂, silicon nitride Si₃N₄) has been widely used since the invention of the planar p-n junction formation process. However, this passivation method has a number of disadvantages that limit its use for relatively low-voltage devices at a voltage of up to several hundred volts.

Firstly, devices passivated with SiO₂ or Si₃N₄ films cannot be protected from the external fields. Operating stresses in metallization over passivating silicon dioxide films induce charges of the opposite type near the surface of the silicon wafer and modulate its surface resistance. In addition, fixed positive charges arise in the layers near the junction with the silicon wafer, which lead to the formation of electron-enriched near-surface layers in n-type silicon and depleted up to the inversion of the conductivity type layers in p-type silicon.

Devices whose surface is passivated with thin layers of polycrystalline silicon doped with an optimal amount of oxygen and nitrogen are devoid of these disadvantages. These films, called SIPOS or Semi Insulating Polycrystalline Silicon, are semi-insulating, electrically neutral, and have stable physical properties.

Technologies using SIPOS layers, however, are quite expensive to manufacture and require precision control of film growth conditions, since the properties of films are very critical to the grain size in the polycrystalline silicon layer. In recent years, a number of power semiconductor companies have made successful attempts to use carbon films with diamond-like structure and semi-insulating SiC films as protective coatings for high-voltage silicon semiconductor devices.