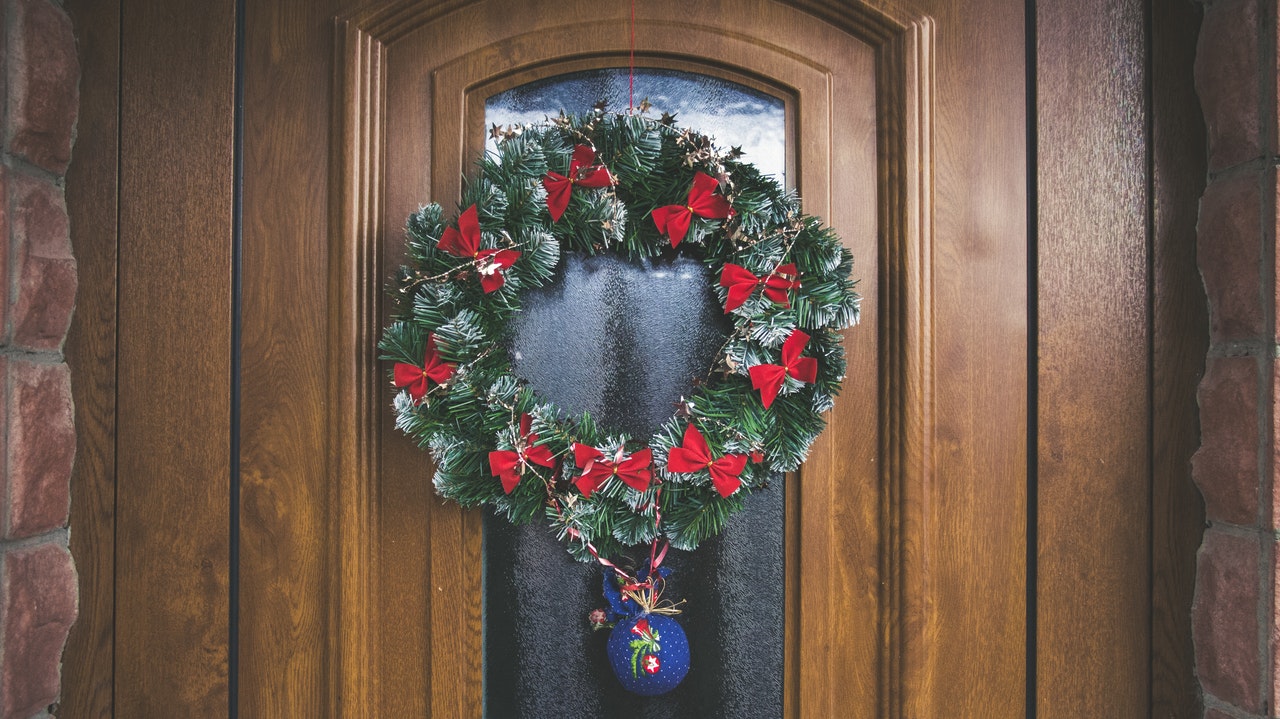 It is December. And it means that the most enjoyable month of the year is here. Just a few weeks are left till Christmas. And when we say Christmas, we say many other warm words like family, love, comfort, holidays, presents, Christmas spirit, and Christmas tree. For many people in the world, Christmas is the most wonderful time of the year. And I totally agree with that.

Besides the joy, the snowflakes, the cheer, Christmas carols, and wonderful time, Christmas means Home Alone for me. And I’m sure that I’m not alone here. This is the best Christmas movie ever loved by billions of people. And fortunately for marketers, it is filled with various brands.

Get yourself comfortable, make some popcorn, ice-cream, just anything you like, and prepare to enjoy your Christmas time with Kevin and Home Alone product placement.

When the whole McCallister family is trying to prepare for their Christmas trip to France, little Kevin is worried about his suitcase that he has’t packed yet. And he’s heading to his brother’s room to get an advice from Buzz. That’s where we spot a lot of Bulls logos. No wonder, this is Chicago after all, and this is the time of His Airness.

When pizza arrives, and eveyone seems to be ready for the trip including the fake cop Harry (Joe Pesci), we see that the family’s choice of soft drink in the movie is Pepsi. Yes, Fuller enjoys it very much!

After a little accident with pizza and the the whole craziness about that, we see that Kevin’s American Airlines ticket was thrown away. The interesting part of the movie is about to begin.

The McCallisters like to sleep a lot. So they nearly missed their transit to the airport. Of course Peter McCallister (John Heard) set an alarm using Panasonic radio clock, but all in vain because of the strong night wind that caused the full house switch off.

Being much in a hurry Heather confused Kevin with the boy next door which led to the whole admired by us comedy. Mitch Murphy was taking some photos with Nikon camera at that moment, by the way.

When all except for one make it to the airport we see more American Airlines branding.

Kevin finally wakes up and finds himself alone at home, and then a bit later when he enjoys some ice-cream with various tasty things, we see him watching TV and VCR produced by Emerson.

When there is no one at home, it is right time to visit your brother’s room. That’s what exactly Kevin does to find out what treasures Buzz hides from him. In his treasure chest Kevin finds Junior Mints produced by Tootsie Roll Industries, Lay’s Crunch Tators, Hostess Twinkies, and Playboy magazine.

After that Kevin prepares some very sweet dinner with Kraft Foods Jet-Puffed Marshmallows, Reddi Wip cream, and Hershey’s Chocolate Syrup, drinks his Pepsi, and watches his favorite Angels with Filthy Souls movie on his JVC TV. This is every child’s paradise.

Looking for Buzz’s money, Kevin is climbing the bookshelf filled with Chicago Bulls branding. On top of that we see Wilson basketball. Finally he finds some money and heads to the local shop to buy the new Colgate toothbrush. There we also can spot Kodak, and Pampers.

When Kevin is expecting his guests Harry and Marv (Daniel Stern), he throws a fake party to scare the wet bandits. Michael Jordan rules the party, and that’s where we first spot Coca-Cola in Home Alone.

When Kate McCallister (Catherine O’Hara) is trying to get back to her son as fast as possible she offers her jewelry, money, portable translator and many more things to an old lady. We see her and the lady’s husband holding AVIS rental service flyers.

After Kevin takes a shower using Shower to Shower powder, brushes his teeth with Aquafresh, he is ready for shopping. In the local store we see many brands: Holiday Crafts, Holiday Appetizers, Woman’s Day, and other magazines, more Kraft Foods, Tropicana juice, Tide laundry detergent, which he later uses at home. He finally overcomes his fear of the basement.

When Kate McCallister is on her way to Chicago with the Kenosha Kickers, they drive the Budget rental truck. Meanwhile Kevin is visiting Santa to ask for a favor. In return he gets some Tic Tac.

Kevin calls the police using the BellSouth telephone when he finally traps the wet bandits with help of his friend Marley (Roberts Blossom).

Everything is ok now. The whole family is together again. But they cannot even expect right now what awaits them in Home Alone 2. So let us get there!

It’s Christmas time again, and the McCallisters have plans to spend it in Florida this time. Not a great choice if you are a fan of snow and Christmas trees like Kevin.

And again they all are in a hurry to pack their clothes, sportswear and other stuff including Wilson tennis balls and rackets. And Fuller is really hard on soft drinks again, but this time it is Coca-Cola.

While everyone is preparing and getting dressed for the evening concert, Kevin is watching Emerson TV and tapes everything possible with his Talkboy, which in the first place was just a prop for the movie, but due to the huge demand for the thing after the movie was released, Tiger Electronics had to put it in production for some time.

During the concert we see another accident which leads Kevin to spend the night in the attick again. And again he wishes he had no family at all. This is almost Christmas, so many wishes come true. We’ll see next if Kevin’s does.

At night we see The Chicago Sun-Times newspaper stick to the front door saying that Harry and Marv escaped. The adventures begin.

As usual the McCallisters had some problems waking up right on time, and now they need to make it to the airport quickly. We see Kate and Leslie McCallister (Terrie Snell) holding the American Airlines tickets with Avis advertising.

In the airport they pass by the stand with magazines like Cosmopolitan, Good Housekeeping, and others. That’s where Kevin lost the sight of his father and confused him with the othe man wearing same coat. Fun begins.

Welcome to New York. While his whole family is still on the plane to Miami, Kevin arrived in the Big Apple. And this accidential event happens to be the most enjoyable time for the little McCallister. Kevin visits many tourist attractions, goes shopping, takes many pictures with his Polaroid camera, and finally he decides to spend some time in the Plaza Hotel.

To do so he uses his father’s Visa card to check in. Very clever for a boy of his age at that time.

The first thing Kevin does in his luxury suite is watching his favorite movies on Symphonic VCR and eating a lot of sweets. In the evening the consierge scares Kevin, but Kevin has a backup plan just in case. This helps him to live in the hotel for some time, and even enjoy complimentary cheese pizza and a limo ride aroud the city.

His pizza comes with Coca-Cola and Grinch cartoons on a Zenith TV. Very good company to enjoy the sightseeing ride around Manhattan.

Same time Kevin’s family and relatives watch movies in Spanish in some motel in Miami. We can spot an RCA brand on the TV set.

After his limo ride and shopping in Duncan’s Toy Chest, Kevin meets his old “friends” Harry and Marv. Now they are sticky bandits. He finds out that they plan to rob the toy store he just left. But all the money are supposed to be given to charity.

Somehow he manages to escape, but he is not welcome in the Plaza anymore. They think that Kevin has stolen Visa card. So the only place left in New York he can go to is his uncle’s house. That’s where he plans to trap the sticky bandits and prevent them from stealing children’s money.

During his incredible and very funny battle with Harry and Marv we spot several familiar brands like Dunkin Donuts, Lincoln Electric, Craftsman.

Kevin prepares the tape for the police where Harry and Marv tell everything about their plans to rob the toy store, kill Kevin, and go abroad, we see that it is TDK tape.

When Kate McCallister is searching for her son in New York she comes to Times Square, where as usual we can see a huge number of brands: JVC, Aiwa, Canon, Coca-Cola, Fosters, Suntory, and others.

When sticky bandits got caught, and Mr. Duncan found out that it was Kevin who helped him do it, he sends many presents to Plaza Hotel, where the whole McCallister family reunited again. The first to wake evryone up was Fuller, who was sleeping with many Coca-Cola cans.

Well this is it. I hope that now your Christmas spirit is much stronger. Enjoy your holidays season, be merry and cheerful. It is the most wonderful time of the year after all!

If you want to ejoy more articles like this, go to Product Placement section of the website. There you’ll find more movies to watch and brands to find.