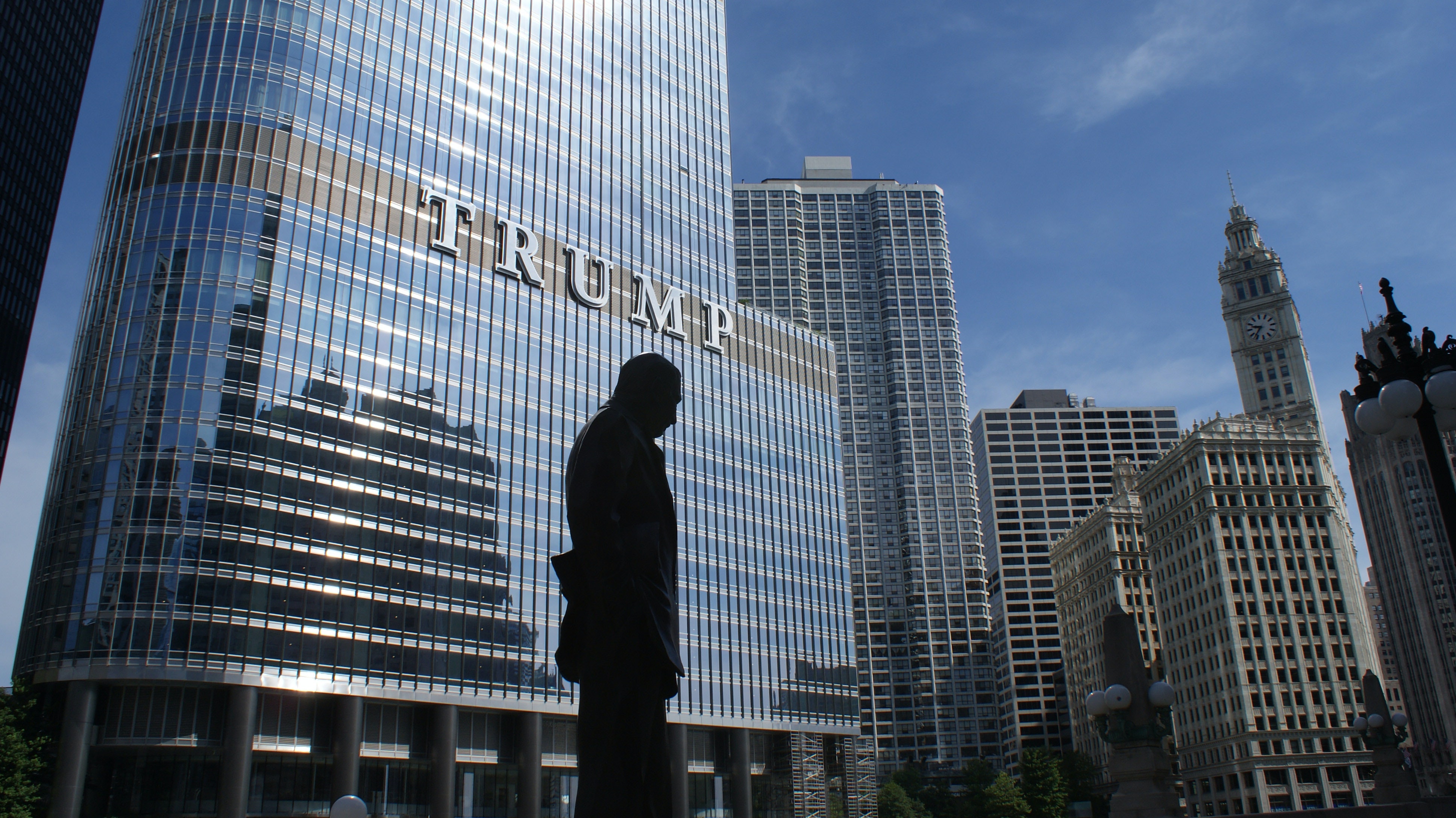 Donald Trump. Art of the Deal

“Trump. The art of the deal” is a book co-written by Donald Trump and Tony Schwartz. Tony Schwartz is an American author of many business books and journalist and a founder and CEO of The Energy Project.

Donald Trump is the current President of the United States, entrepreneur (the main type of activity is real estate), showman, and TV host. He shares his experience in real estate deals in the book, but the principles he describes are universal for any type of business.

Donald Trump applies to deals not as a job but as art. He likes to make deals, especially large ones, and he gets a lot of pleasure from it.

At the beginning of the book, the author describes in detail a week from his life, where he shows how he conducts business so that we can clearly see and analyze the lifestyle of a businessman. Then he begins to tell his life story, starting with growing up.

During his childhood and growing up, Donald was greatly influenced by his father. Trump was born in the family of Fred Trump and Mary MacLeod in 1946. In total, the family together with Donald had five children: Maryanne, Freddy, Elizabeth, and Robert. Fred Trump did very well building rent-controlled and rent-stabilized housing in Queens and Brooklyn. Fred Trump showed Donald the world of business, but Trump didn’t like that there was a lot of physically rough and financially tough in his father’s business. Trump wanted to try something more noble, grandiose, and glamorous. He wanted to be recognized not as the son of Fred Trump but remembered as an outstanding person, and so he chose his path.

The first big deal for Trump was Swifton Village. Swifton Village was an apartment house in Cincinnati, Ohio. It was an unfavorable place to live and not a very profitable acquisition from the point of view of an entrepreneur, but Trump felt that this deal could bring profit and decided to buy it. He purchased the house at an attractive price and then sold it a few years later when the time was right. From this deal, he concluded that it is important not only to buy profitably but also to sell profitably.

His next step was to develop Manhattan. Trump planned to run his business in Manhattan during his Wharton studies in 1968. But it wasn’t until 1971 that he got a chance to implement his idea. During this time, he moved to live in Manhattan on Third Avenue and 75th Street. This move helped him become more familiar with Manhattan. He joined Le Club, where he met successful and influential people.

In those years, there was a financial crisis in New York, but this did not stop Trump, he knew that even in difficult times, you can find great business opportunities, you just need to look. Trump spotted an undeveloped site of West Side yards along the Hudson River beginning at 59th Street and finishing at 72nd Street. This site was owned by the Penn Central Railroad. The company commissioned Victor Palmieri to deal with the sale of some land plots, as it was experiencing financial difficulties.

Trump met with Victor Palmieri and held talks, during which he first described all the disadvantages of the site, as he knew that you cannot show your interest, otherwise the deal may be unprofitable for him. At the time, Trump’s company didn’t even have a name, and he coined the name the Trump Organization during the meeting to look more solid. As a result, Donald received the right to purchase the land plots of interest to him and since then his organization has received an official name.

At first, he planned to build up the site with apartment buildings for people with average incomes, but due to the crisis, the city authorities suspended funding programs. Then Trump proposed to build a convention center on this site. Trump had to make a lot of effort to get the authorities to approve his project. This only happened in 1978. He is sure that it is necessary to always fight and not give up. However, this deal can hardly be called successful from a financial point of view, since Donald expected that after the purchase of the site, the city would entrust him with the development, but the authorities refused him. As a result, the construction was completed later than planned, and with a huge budget overspend.

In addition to empty land sites, Penn Central Railroad sold off finished properties. They owned old hotels in the Biltmore, the Barclay, the Roosevelt, and the Commodore. After analyzing all these properties, Trump settled on the Commodore because of its excellent location. It was located at 42nd Street and Park Avenue, next to Grand Central Station, where a huge number of people arrived every day from the suburbs to work in New York.

But since Trump had no experience in the hotel business, he agreed to cooperate with the Hyatt hotel chain. They agreed that Trump would build a new hotel and Hyatt would run it. For the design of the new hotel, Donald enlisted a young, talented architect named Der Scutt. He wanted the hotel to look brand-new and Der Scutt was able to implement this. The deal fully justified the efforts spent on it, and the once unprofitable hotel soon turned into a first-class and successful hotel.

In 1971, Donald looked after an 11-story building in the busiest part of Manhattan at 57th Street and Fifth Avenue. It was Bonwit Teller, owned by Genesco. Trump planned to build a Trump Tower on this site. In 1975, Donald first met with the head of the company, Franklin Jarman, and put forward a purchase offer. This deal did not take place, Jarman refused him. Trump decided not to give up and began writing letters to Jarman, repeating his offer, but did not receive a response. Three years later, Genesco faced serious financial difficulties. In 1978, the company hired a new chief executive John Hanigan. Donald met with John Hanigan, who agreed to sell the building and land lease rights for $ 25 million. In order to seal their agreement, Trump offered to sign the letter of intent.

The next step was to meet with Conrad Stephenson at the Chase Manhattan Bank to get the money to buy the building. Conrad Stephenson agreed, but on the condition that Trump becomes the owner of the land on which the building stands. Then Donald met with George Peacock, the head of Equitable Real Estate. Equitable Real Estate owned the land under Bonwit Teller. George Peacock made a deal.

Next, it was necessary to purchase from Tiffany the right to use the airspace above their building. Donald met with Tiffany’s owner, Walter Hovering, and showed him two models: one model showed the majestic Trump Tower building, and the other showed an ugly building with lot-line windows – tiny little windows with wire mesh, which Trump would have to build due to the city’s technical requirements. Walter Hovering approved the proposal.

When Trump has collected all the elements of the deal, all that remains is to sign a contract with Genesco to buy the Bonwit Teller store building. Genesco wanted to refuse to enter into a deal with Donald, as they began to receive other offers to buy, but thanks to a letter of intent, they were not able to do so. The deal was completed.

Donald Trump is also interested in gambling. The authorities planned to allocate a separate territory for casinos in Atlantic City and legalize this type of business. At this time, land prices in the city rose sharply and Trump decided to wait, as he did not want to buy land before the law officially came into force. That would be too much of a risk. The opportunity to buy the land was presented to Trump only three years later, and he carried out his plan. The site chosen by Donald consisted of three large fragments belonging to three different investment companies, as well as many small private properties. In this situation, the most important thing is to make sure that by purchasing one of the fragments, you can purchase all the others.

The chairman of the board of the Holiday Inn contacted Donald and offered him a partnership with a casino in Atlantic City. Trump agreed as it reduced his risks. But it was necessary to get the approval of the other board members of the Holiday Inn. Construction had already begun, and in order to convince board members of the Holiday Inn, Donald brought all the equipment he could find to the site on the day of the inspection, to reinforce the board’s confidence that construction was well underway and the project would be completed on time. Thanks to this, the partnership agreement was signed.

Lose a Battle – Win a War

Donald Trump says that sometimes when you lose a battle, you can find a new way to win a war. He experienced this firsthand when he faced the tenants at 100 Central Park South. So, in 1981, Trump decided to buy two buildings that were located next door. The first is a 14-story apartment complex on the corner of Central Park South and Avenue of the Americas. The second is the Barbizon Plaza, a thirty-nine-story hotel which fronted on Central Park. Donald planned to demolish both buildings and build a modern luxury condominium tower in their place. But there was a problem that Trump could not have foreseen.

It turned out that it was almost impossible to get rid of residents of apartments with fixed rents legally. Donald initially decided to wait, but then realized that the tenants would stand up to the end for low rents, large apartments, and a great location. A serious war has broken out between Trump and apartment tenants. No one wanted to give in. This lasted for several years.

During this time, the market picked up, and real estate was nearly doubling in value. So even if he built only a new building on the site of the Barbizon Plaza Hotel, Trump would earn much more than if he had taken on the entire site two years earlier. In addition, Donald noted that architectural tastes and trends have changed. And the construction of a glass high-rise may not be such a good step. Later it turned out that it is generally more profitable to do reconstruction than to build a new building.

In 1983, Donald Trump purchased the New Jersey Generals, a football team that played in the USFL (the United States Football League), for a lot of money. At that time, the USFL was already failing badly, Trump knew about it, but decided to buy the team anyway. He made a huge effort to take the team and the championship to a new level. First, he wanted to move the time of the games from spring to autumn, since autumn is a more profitable time to watch the championship.

The second step was to build a first-class product, he invited top players to his team. The third step was filing an antitrust lawsuit against the NFL, the National Football League. But all these actions did not bring a positive result. And while Trump won the lawsuit, the victory was more symbolic. Therefore, you need to be able to admit defeat in time and switch.

In the book, Donald Trump, based on his experience, highlighted the elements of the deal.

Element of the Deal

From the book “Trump. The art of the deal” you will learn how Donald Trump started his career, how he came to success, what difficulties he encountered on the way. He will tell you how to conduct negotiations correctly, as well as the principles that help successful businessmen make the most profitable deals.

Read more marketing, management and sales Book Reviews in the special section of the website.